According to the last FAO and the World Bank publications on this matter, over the next decades, globally, it can be estimated an increase in fish consumption of about tens of millions of tons / year, which, in a clear and progressive manner will be materialized.

Face to the inevitable decline in fishing, the only possibility to provide a sustainable response to this growing demand will be through the development of offshore aquaculture.

However, offshore aquaculture awaits, in order for its development to be reliable, the availability of suitable equipment in the international market, capable of operating in the extreme conditions that occur during the storms.

In fact, the equipment currently used in several countries, namely Norway, Scotland, Canada, etc., only have the possibility of being located in sheltered areas (fiords or closed coves) because they do not have characteristics that allow them to resist waves with a significant height above 4 , 5 m and sea currents with a speed greater than 1 m / s.

This context of lack of equipment for offshore aquaculture represents the opportunity that the OFISEQ Project proposes to provide, through the development of equipments capables of operating in the open sea.

Effectivelly, as everybody knows the waves energy decreases meaningfully with the depth. So, the solution is to submerge the cages during the storms to proceed the fish production at about 25 m depth, returning to the surface once the sea be calm. For that, it must be put at the disposal of the fishfarmers special equipments, controlled from the headquater (in land), that can effectivelly realise, during the storms, all the proceedings inherents to this activity.

This equipment is the Submersible Feeding, Control and Command Platform using for this purpose its submersion capacity during periods of sea agitation, thus allowing the continuation, in these circumstances, the fish production process under normal conditions, returning with the cages to the surface when the situation at sea returns to normal.

The equipments under development through the OFISEQ Project are:

The Submersible Feeding, Control and Command Platform, a structure that is intended to feed the growing fish in each associated cage, fulfilling pre-established routines according to the production parameters in play in each cage (species, temperature , stage of development, etc.).

In addition, it intervenes in the control of the production by collecting several parameters from sensors of different nature installed in each cage, information that it transmits to the company office by telematic means. Finally, it constitutes the instrument of command of the ongoing operations, namely promoting its own submersion and that of the associated cages in the event of serious maritime storms, parking at a depth of about 25 m where production proceeds normally, returning to the surface with the associated cages once the sea agitation situation has passed. All routine procedures operated by the Platform’s computer system can be followed in real time by the service technician installed in the company’s office who, at any time, can interfere by overriding his decision to the established routines to make corrections or adjustments whenever it is necessary. required.

The Submersible Cage for Fish with Epiplagic Behavior that does not deviate from the concept of the traditional cylindrical cage with HDPE floating rings, however, contrary to what happens with the existing models that perform the submersion and emersion operations in an uncontrolled way, which can lead to damage to the cage itself and cause stress on the fish with serious consequences, the proposed model has the possibility of ensuring that these operations are carried out in a controlled manner.

The solution is simple and passes through the segmentation of the float rings in order to allow the filling with water or the emptying of each segment of the rings independently, but simultaneously with what happens in the remaining segments. It is this improvement that is proposed to implement with two solutions to be tested, in addition to other complementary improvements to avoid deformations of the cage resulting from the action of surface currents.

The solution found to provide submersion and emersion capacity to the Submersible Feeding, Control and Command Platform, allowing its installation in the open sea, constitutes the main differentiating innovation of this proposed equipment compared to what already exists at the market. It effectively represents the only solution that allows, in an efficient and sustainable way, to give this equipment the capacity to face storm situations and, thus, make it possible to locate fish production cages at the offshore space.

Another differentiating factor is the original design of the Platform, which consists of several modules (central assembly nucleus, silos, cabins, distribution tanks, etc.) intended to be shipped in 20 ‘or 40’ containers to reach their destination, thus enabling the Platform to be dispatched to any part of the world. The Platform is assembled and launched into the water using a small shipyard at the destination port. This concept constitutes a relative advantage of the greatest importance since the movement of traditional barges over a long distance is impractical.

The fact that the proposed platforms are multi-silos (with 8, 12, 16, 20 or 24 silos) which allows the storage of up to five different types of feed and in proportions that adjust to the consumption profiles that occur at the aquaculture farm. In fact, if an aquaculture farm wants to be on the market throughout the year, it will have fish at all stages of growth at the same time, resulting in the consumption of up to five different types of feed. This involves very different volumes for the storage of each type of feed that can go (for instance at the 16-silos platform) from the occupation of only one distribution tank with a storage capacity of a few hundred kilos for the food intended for the smallest fish, to a set of several silos with more than a hundred tons for the most consumed feed. This flexibility does not exist in traditional barges more focused on the Norwegian context, where in each exploration there is a very limited number of phases of growth simultaneously, since these companies, if they intend to be on the market throughout the year, combine the productions from several farms that have different stages of the production process.

With regard to production cages, the model to be developed by ensuring that the submersion and immersion operations are carried out in a balanced way differs in terms of reliability from the corresponding solutions on the market. 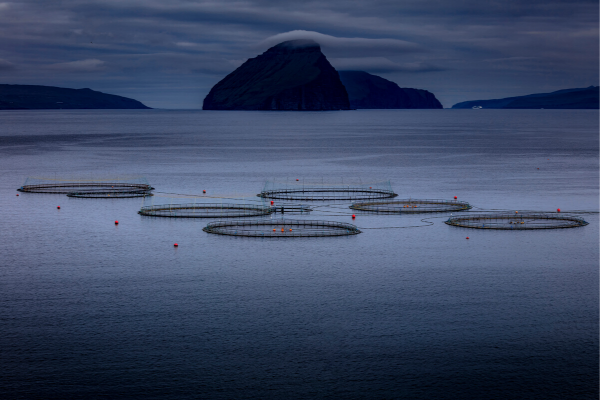 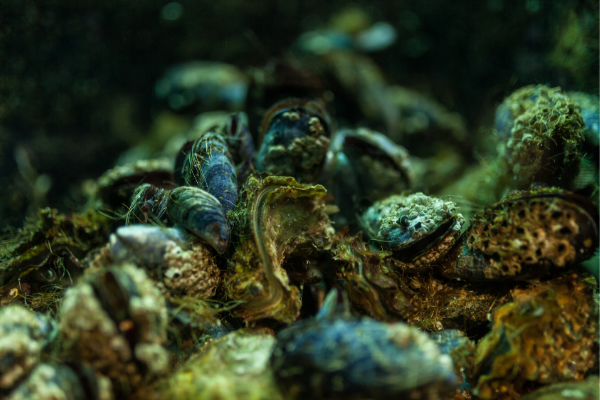 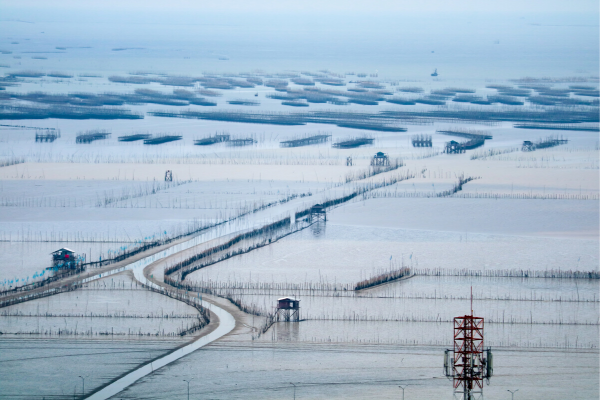 TThe proposed R&TDP is awaiting financing in order to progress gradually towards the entry into the market of products under development. The process can be developed in phases, as the final stage of each phase corresponds to a level of development of the process, with its own added value. Thus, it becomes successively more feasible to find investors interested in investing in the next phase, which, although more expensive, corresponds to a degree of greater knowledge and visibility vis-à-vis the sector, which minimizes risk taking.

The final objective of this whole process is the effective presence on the market in terms of the reference operator. In short, considering the possibility to invest phase by phase, the approaches to financing this process, both now and in the short term, will necessarily have to be based on the perspectives of potential stakeholders.

We use cookies, both our own and those of third parties, on this website in order to provide you with a better experience in your navigation, remembering your preferences. You have the option to accept, reject or configure them. It is possible that if you reject them you will experience problems in your navigation.
Accept Reject Cookie settings Read More
Privacy & Cookies Policy

Advertising cookies are used to provide visitors with relevant ads and marketing campaigns. These cookies track visitors to the websites and collect information to provide customized advertisements.